Get ready for a FREE Physics Masterclass hosted by Scott Beutlich. Welcome to the second class in the USPA Masterclass series. This is a new hands-on virtual class that is focused on a broad range of topics. These include psychotronics, radionics, dowsing, healing, and more. Our first Masterclass hosted by Lutie Larsen was a huge success. Now, we are gifting our members with another FREE Physics Masterclass. Want to catch up on past masterclasses? You can watch the replays when you become a member of USPA.  If you are already a member of USPA, you can access past videos in the “Members” area of our website.

Join Scott Beutlich for “Enter the World of Strange Physics”. Get an interesting look into a different side of physics in this FREE Physics Masterclass. Scott was influenced in the Strange aspects of Physics and Phenomena by his father Bob Beutlich. Bob was a hardcore Engineer when introduced to dowsing and a book “Psychic Discoveries behind the Iron Curtain” (by Sheila Ostrander and Lynn Schroeder, 1970). “Psychic Discoveries behind the Iron Curtain” looked into the 1970 investigation of Russian parapsychological research. Additionally, it looked into the paranormal and psychological events surrounding that. Bob became a “weekend junkie” studying all sorts of phenomena. In 1975 Bob became a founding member of the USPA. USPA is a group that accepts Phenomena and looks to understand and share information.  The info presented in this Masterclass is provided by Scott Beutlich.

This Masterclass will cover the current state of Physics. It looks into Bob’s strange introduction and involvement in the world of USPA. The conclusion looks into what’s next in creating a new Paradigm of Strange Physics. 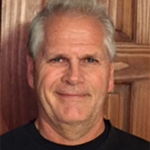 Scott Beutlich has Physics Education degrees from the University of Wisconsin-Whitewater and Northern Illinois University. He taught High School Physics to juniors and seniors for 33 years in District 155 outside of Chicago. Scott’s father, Robert “Bob” Beutlich was one of the original founding members of the USPA. Scott joined the USPA in 1979. Scott has volunteered at conferences. He served on the Board of Directors and as President. He is currently the Secretary-Treasurer of the USPA.

Want to learn MORE about the mysteries of the universe? Join us at the 2019 United States Psychotronics Association Conference. July 26-28 at the DoubleTree by Hilton Chicago in Skokie, Illinois. Look out for these presentations about physics- Applied Biophoton Physics for Healing: Unique Light-Based Tools to Diagnose. Treat Illness, and Quantum Entanglement and Radionics: What is Action at a Distance? Register here and take advantage of early bird pricing.