What is “psychic ability” and how does it fit into our perception of reality? What are some of the extraordinary “abilities” that humans have?  The next USPA masterclass is a recording of a presentation from the 33rd Annual USPA Conference:  “Mind Dynamics in Space and Time” by Dr. Elizabeth Rauscher, PhD. Elizabeth was on the original research team at the Stanford Research Institute, where she  worked for Hal Putoff and Russell Targ on a C.I.A. project conducting over 80 remote viewing experiments.  Elizabeth and her husband Bill Van Bise ( speaker at USPA) had a vast understanding of the psychic mind and conducted over 40 years of research on intention, subtle energy, psychotronics devices and the Physics theories to explain consciousness and numerous psychic phenomena. .

Our Masterclass series is a virtual class that is focused on a broad range of topics: psychotronics, radionics, dowsing, healing, and more. Our first Masterclasses have had  wonderful turnouts. If you would like to catch up on past masterclasses? You can watch the replays in the “Members Only” Area when you become a member of USPA.

Register for the USPA Masterclass #13 – with Dr. Elizabeth Rauscher

“Mind Dynamics in Space and Time” is Dr. Raucher’s exploration of nature and properties of consciousness as a physicist. For centuries, humans have recorded cases of individuals who have received information via remote viewing or telepathy. There are many forms of visual perception beyond the “ordinary”. Some of these have been known as “The Eye of God” or the “blue pearl of spiritual wisdom”.

Through her research,  Elizabeth found that we don’t just see with the ordinary optical system. The human brain is wired to “see” in other ways, such as through visions and dreams that are not through ordinary perception or ordinary modality of seeing.

In this masterclass, Elizabeth explains the concept of “Mind/Body Duality” and the interworkings of what consciousness really is.

Overview of the Masterclass

The main focus of this masterclass is the human mind and it’s capabilities with “seeing” and “perceiving” reality and time in extraordinary ways. Dr. Elizabeth explores the nature and properties of consciousness through the eyes of a physicist.

“Time and space are modes by which we think and not conditions in which we live.” – Albert Einstein, 1941

Preview of The Masterclass

This masterclass is a recording of Dr. Elizabeth Rauscher’s presentation at the 33rd USPA Conference. “Mind Dynamics in Space and Time” is a physicists’ exploration of nature and properties of consciousness. 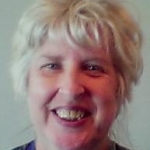 Dr. Elizabeth Rauscher PhD (1937-2019) was an American physicist, teacher and parapsychology researcher. Early in her career she worked on Remote viewing with Putoff and Targ at Stanford Research Institute. She was a consultant for NASA on the Space shuttle and a delegate to the United Nations.

She is author of more than 275 scientific papers, 6 books, and has 5 U.S. patents. Two of her co-authored books include; “Orbiting the Moons of Pluto: Complex Solutions to the Einstein, Maxwell, Schrodinger and Dirac Equations” and “The Holographic Anthropic Multiverse: Formalizing the Complex Geometry of Reality”.

In 1975 Rauscher, while a graduate student at California Berkley, co-founded the Fundamental Fysiks Group, an informal group of physicists who met weekly to discuss quantum mysticism and the philosophy of quantum physics. David Kaiser described in his book, “How the Hippies Saved Physics”, that this group helped to nurture ideas which were unpopular at the time within the physics community, but which later, in part, formed the basis of quantum information science. Some other members  included Fritjof Capra, Nick Herbert and Fred Alan Wolf.

Dr. Elizabeth was featured on “New Thinking Allowed With Jeffrey Mishlove” where she describes her psychic healing research

Early in her career she worked on Remote viewing with Harold Putoff and Russell Targ at Stanford Research Institute. She was a consultant for NASA on the Space shuttle and a delegate to the United Nations.

Elizabeth married and worked with Bill Van Bise, an engineer and frequent speaker at USPA. Bill built devices in the Psychotronic field. They shared a number of patents together the use of EM fields to stimulate Brain signals, reduce pain and promote healing. For many years they worked closely with Andrija Pucharich. You can learn more about Dr. Elizabeth’s legacy at www.elizabethrauscher.org

Dr. Elizabeth’s involvement with the USPA

Elizabeth Rauscher was a frequent and welcome speaker at the USPA Conferences. Following is a list of her presentations, which are now available in MP3 or MP4 format for a nominal charge at: https://www.psychotronics.org/uspa-conference-audio-recordings-1978-to-1995-2015/

Want to learn MORE about topics like psychotronics, radionics, and 5G? Become a member of the United States Psychotronics Association. Get updates on upcoming conferences and events. You can also get FREE access to USPA Library of articles, periodicals, books, and certain audio tapes, videos, and other materials and discounts on select USPA products and events. Join Here.