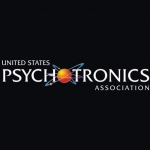 Peter Kelly was also active in the accumulation and dissemination of both the theoretical and applied knowledge needed to nurture and spread the field of Psychotronics. He was an active collaborator with such giants as T. Galen Hieronymus, Lt. Colonel Tom Bearden, Robert Beck, and Robert Beutlich, among many, many others, and was one of the organizing members of the United States Psychotronics Association. www.kellyresearchtech.com