Unification of the sciences, universal spirituality, and human consciousness is becoming more possible with recognition of the common underlying characteristics and processes of energy linking them. Emphasis on western rationalism and materialism versus eastern mysticism and ancient wisdom teachings; flaws in the standard paradigm; rigorous criteria for measurement and verification; and, lack of a common terminology have hindered development of a more comprehensive understanding of their inherent unity.

Photon/Resonance, a more coherent and holistic interpretive model that highlights commonalities across many disciplines is proposed. It reexamines the theoretical physics of famous inventor, Nikola Tesla, as well as his contemporary, Walter Russell, and traces themes with the modern development of quantum mechanics and QED initiated by Bohr, Wheeler and Feynman. Other contemporary physicists including A. Goswami, F.A. Wolf, W. Tiller, and C. Swanson, who advocate a more consciousness approach to physics, provide supportive evidence for the proposed framework. Some of the current trends in physics today also demonstrate a theoretical shift toward consciousness and biophysical information as reflected by the work of Dr. Paul Davies and his colleagues.

A structural and functional method is utilized to identify common features, processes, correspondences and patterns of energy in the Photon/Resonance model. A descriptive list of such factors may include (but not be limited to): Hyperdimensional octaves, light and sound resonance harmonics, spiraling photons, angular

Elements of an Emerging Scientific Paradigm Shift©
momentum, polarized charge loops and strings, vortices of centripetal and centrifugal force, the double torus form, phase transitions and transformations, self-organizing geometries at all scales, atomic lattices, and etc. The research shows how these creative features are linked together so that a coherent, holistic picture of the way energy works across many disciplines may be illuminated.

This novel approach to the long-standing separation of standard science and mysticism combines aspects of quantum mechanics, QED, string theory, scalar physics, psi, consciousness, and selected biological research with universal spirituality. Recent research linking quantum mechanics and QED with the role of information and encoded photons in biological systems, edge researchers closer to identifying common elements that bridge these diverse disciplines. Such developments suggest a paradigm shift among the sciences is already underway and encourages investigators to discover other possible unifying laws of Nature. 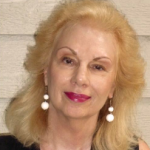 Suzanne Price is a visionary thinker, cultural anthropologist, independent researcher, writer and professional presenter. In 2007 a long-time interest in Nikola Tesla’s work inspired her to research and develop an interpretive, consciousness model of the way energy works that explores the quantum links between science and universal spirituality. She believes how some ancient civilizations understood and generated energy is a key to our future. Suzanne received her B.A. magna cum laude from the University of Wyoming and M.A. from Tulane University in New Orleans. Ms. Price has previously presented her research at Teslatech Extraordinary Technology Conferences, Future Energy Research Conferences, BoulderEXO, Denver Paranormal Research Forum, Society for Scientific Exploration, and other forums.