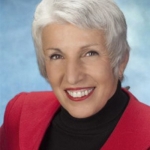 Ellen Kamhi, Ph.D., RN, AHG, AHN-BC, The Natural Nurse®, attended Rutgers and Cornell Universities, sat on the Panel of Traditional Medicine at Columbia Presbyterian Medical School and is a Medical School Instructor teaching Botanical Pharmacology. She was nominated for the March Of Dimes Woman of Distinction Award and has twice received the J.G Gallimore award for research in science. She is a Professional Registered Herbalist, and is nationally board certified as a Holistic Nurse. Dr. Kamhi offers Herbal Certification Programs, teaches Career Paths in Natural Medicine, and leads EcotoursForCures.com to study with indigenous healers. Author of many books including The Natural Medicine Chest, and Arthritis, The Alternative Medicine Definitive Guide, and Radio Host, Dr. Kamhi educates professionals and consumers about evidence-based natural therapeutics.

Hildegard of Bingen (1098-1179) was a Benedictine Nun who is considered to be the founder of scientific natural history in Germany. Through mystical visions, psychic impressions and observation of nature, she developed a system of natural therapies, using food, gemstones and medicinal herbs. In this presentation, we will investigate her recommendations based on diagnosis, prognosis, and treatments which combined physical treatment with holistic methods centered on “spiritual healing”, including the application of tinctures, herbs, and precious stones, recognizing that the four elements (fire, air, water, and earth), the four seasons, the four humors, the four zones of the earth, and the four major winds must be kept in balance. We will also review modern Scientific Validation that supports the continued use of her methods.