USPA has released its latest free Journal and Newsletter – Vol. 6, Number 2. It’s our way to reach out directly to you. As each newsletter is ready, we’ll send you an email notification.

The United States Psychotronics Association defines psychotronics as the science of mind-body-environment relationships, an interdisciplinary science concerned with the interactions of matter, energy, and consciousness. Psychotronics involves the study, research, and applications of the physics and technology of the mind, brain, spirit, consciousness, and the underlying forces of life and nature. We believe that a true understanding of the universe must include the spiritual, as well as, the technical, and provide an opportunity for amateur researchers to present their findings along with the professionals. We stress research, with documentation of results, and practical applications, rather than personal experience and unsupported hypotheses. 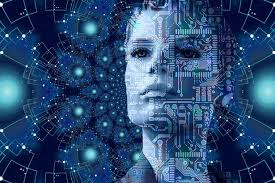 The United States Psychotronics Association (USPA) is a nonprofit organization founded in 1975 to serve as a focal point for scientific and technical exploration of the universe of esoteric, spiritual, and psychic arts in the United States of America. The USPA has been hosting annual conferences for its membership since its formation and has featured countless individuals with cutting-edge viewpoints, research, or theories to share, allowing any interested persons to openly discuss their work. 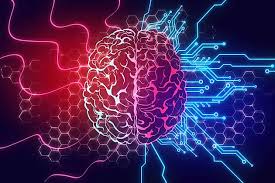 USPA defines psychotronics as the science of mind-body-environment relationships, an interdisciplinary science concerned with the interactions of matter, energy, and consciousness. Psychotronics involves the study, research, and applications of the physics and technology of the mind, brain, spirit, consciousness, and the underlying forces of life and nature – hence the term “psychotronics”. We believe that a true understanding of the universe must include the spiritual, as well as, the technical, and provide an opportunity for amateur researchers to present their findings along with the professionals. We stress research, with documentation of results, and practical applications, rather than personal experience and unsupported hypotheses.

Down below are some of the fascinating articles with everything from spiritual Dowsing to Quantum Health. Do you want to read more? Click on our blue button below to read and find out more about the world of the United States Psychotronics Association.

Al’s Alternative Energy Reading Corner – with Al Kacperski This month, I want to recommend the documentary “Newman” about the life and inventions of Joseph Westley Newman (July 2, 1936 – March 6, 2015). You can get it on Amazon. He was extremely dedicated to bringing cheap clean energy to the world. He failed to do so, and this is clearly shown in the film. It is also clearly shown that it really worked. It has a rather shocking, sad ending.

The invention itself was a motor. Unlike conventional motors that wrap wire coils around steel, this motor had a permanent magnet rotor and an exceptionally large copper coil around it. He found the textbook equation for the force on a current-carrying conductor in a uniform magnetic field. It is F=ILxB. F is the force between magnet and wire. I is the current in the wire. L is the length of the wire. B is the flux density of the magnet.

The x is a symbol for cross product. More info can be found here. Newman realized that if the coil was long enough, the motor would be very efficient. Engineers and physicists disagreed. So, Newman invited many of them to come over and measure the performance themselves. They all scratched their heads because it seemed that Newman’s claims were true. So, get the movie and watch it. You will learn a lot!

Psychotronics: Tuning into the Next Dimension – with Bob Beutlich

Playing with black boxes and headphones, dials, and electronic fields. Bob Beutlich is spending his retirement years in his rural home north of Elkhorn, Wisconsin, searching for the scientific truth behind psychic phenomena. He places a lightweight headset over his shock of white hair. Holds out an attached small box about the size of a transistor radio, and explains this is an instrument that can help heal addictions. This is called a “brain tuner.” The dampened, padded ends of the headset sit not in the ear but over the mastoid bone for maximum effect.

Psychotronics is the catch name Beutlich and other members of the U.S. Psychotronics Association (USPA) apply to the interdisciplinary studies.  Where they have devoted their lives. That is “Psycho” for mind-consciousness and “Tronics” for physics and instrumentation. By marrying the human mind to electronic instruments, they believe, mankind can extend its senses to realms. Beyond our physical world and achieve a more harmonious state of living.

“We are not an ‘experiencing’ type of group,” noted Beutlich recently in his sunny living room filled with a cheerful clutter of books, stacks of papers, and scientific journals. “Don’t do séances or New Age type retreats or things like that. Look at the technical side; it’s the hard nuts and bolts theory of how psychic phenomena work within alternate realities.” Beutlich, an electronics engineer originally from Chicago, who used to design TV stations, has been treasurer of the organization for the past 20 years.

The group has about 600 members nationally. Beutlich, 77, is the only Elkhorn member. He belonged to a chapter in Chicago for 20 years that is now disbanded. Beutlich says there was a small group in Darien that is now also gone. Most members tend to be individuals like Beutlich. With only 4 active chapters around the country… 2 in Ohio, 1 in Atlanta, and another on the west coast, said Beutlich. “We’re a non-profit, all-volunteer group scattered all over the country,” he said. “We meet annually at a conference, usually in July.” Last year’s get together, the group’s 27th since its founding in 1975, was held in Columbus, Ohio. The conference theme…”2001: A Spiritual Odyssey, exploring the Quantum Universe.” The main speaker was a noted researcher in the field of alternative health.

Become a USPA member for only $35 Support our All-Volunteer – Non-Profit Educational Organization. USPA is a 501(c)(3), founded in 1975 as the US Radionics Congress. One big advantage of being a member of USPA is the MEMBERS’ ONLY page of our website. We have 8 amazing webinars and 35 talks of prior presentations available at the click of a key.