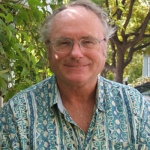 With Bachelors and Masters degrees from Brown University and a later doctorate in psychology, Klimo is considered the leading authority on channeling, having spent more than 40 years teaching and guiding doctoral research primarily in psychology and 50 years developing an all-is-consciousness model of philosophical idealism to understand the now emerging post-Cartesian scientific paradigm.

Kilmo taught and guided research in doctoral programs for 40 years, including eight years at Rutgers University, creating and running its large Creative Arts Education program. He was awarded a three-year grant from the Rockefeller Foundation to develop this program. Kilmo taught for 15 years at Rosebridge Graduate School of Integrative Psychology; and 17 years as core faculty and full professor in the American-Psychological-Association-accredited clinical program at the American School of Professional Psychology, Argosy University, San Francisco Bay Area campus. www.jonklimo.com

Title: The Emerging Spiritualization of Science

Brief Description: Updating my 50 years of developing the emerging spiritualization of science as an all-is-consciousness understanding and philosophical idealist practice using radionics as an example, including my latest book and foundation about this.

Since the early 1980s, I have referred to what I call “the emerging spiritualization of science.” By this I mean a growing transformation of how we humans conduct our investigation and grow our understanding of the fundamental nature of reality in such a way that the centuries-long dominance of materialist thinking and doing based upon a physical reductionist perspective is increasingly giving way to a ‘post-Cartesian’ non-dualistic perspective through which the domain of consciousness, mind, and spirit– long associated with an inner and subjective dimension– is ascending to be considered not just as important and efficacious as the traditional external, objectively-real-construed physical reality, but is being considered and actually empirically known, and cross-corroborated and verified, as actually superordinate with respect to the physical world. Some may prefer that I re-word this ever-growing movement as “the emerging mentalization (or subjectification) of science,” rather than as “the emerging spiritualization of science;” but my heart (and spirit) keeps drawing me back to saying spiritualization rather than mentalization.

Those of you familiar with my body of work to date will know that I have used the USPA for many years now as a forum for the development of my own thinking in this regard, and that I have chosen to embrace what has been variously called philosophical idealism or mental monism in the West to best understand and convey to others this emerging spiritualization (internalization or mentalization) of science and our consensus reality worldview and its technologies in general. I have felt quite alone over the decades since I first became aware in the early 1960s that all that exists is part of what I see and know to be a universal consciousness field– a living Mind, Spirit, Being. Many years ago, I decided to think, talk, and write this way, and found few others who would come out and just say this as well. Now it seems, each month more and more people are coming forth to join this view– that all is mind, all is consciousness.

At 77 years of age, it is now time for me to bring my decades of thinking along these lines together into a single publication, which I am now in the process of finishing to make available hopefully later this year to all of you who are interested. In addition, about five years ago I created my own nonprofit philanthropic foundation to help facilitate this emerging spiritualization of science, and once the long-anticipated funding for this foundation is finally actualized it is my hope that the USPA, and many other like-minded organizations and individuals, will benefit as a result.

My conference presentation this year will be based upon: 1.) A brief review of my understanding of this emerging spiritualization of science; 2.) sharing some of my thinking and plans for my foundation; and 3.) continuing to specify how my idealist spiritualization of science actually works, using, as I have done before, the field of radionics as an especially good example.